Each time I walk through the woods and fields, I am struck by how specific God’s design is for every plant and animal. His plan is especially noticeable as we see the weather begin to alter our surroundings from winter’s bleakness to the refreshment of spring. Later, we’ll watch the explosion of summer blossoms on our roses, dahlias, petunias, and other flowers. 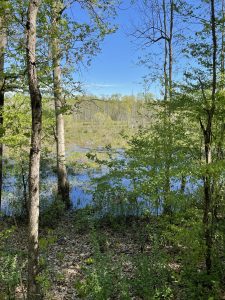 God is clear that He wants the planet to thrive. He entrusted us with His creation beginning in the Garden of Eden. We derive great delight in our gardens. When the Lord created the millions of plants we see, He gave them the ability to bear fruit and generate seed to ensure their existence. Right now, we are experiencing the height of tree pollen, not my favorite time, but still necessary. Pollen is part of the reproductive process of our trees. Without the pollen, we wouldn’t have trees bearing seeds. The pollen gathered on the bees, which visit our flowers, helps form flower and fruit seeds. 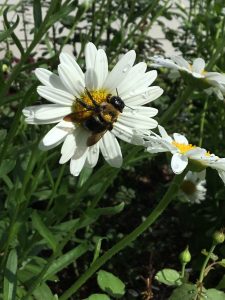 I started thinking about this topic while I was reading God’s detailed plans for building the temple. He called for skilled artisans, specific wood, and exact measurements for the framing, roof, and curtains. He marked off where the Ark of the Covenant was to be placed, the furniture and utensils. He had the artisans make curtains of finely twisted linen, dyed blue, purple, and scarlet with cherubim woven into them. The priestly garments were to be made of the same colors, interwoven with pomegranates, and had bells attached to the hem. His people showed the depth of their love by strictly following His instructions.

One of my favorite accounts in the Bible is how Joshua took the city of Jericho. If Joshua had not followed God’s commands exactly, the walls of Jericho wouldn’t have fallen. I’m sure Joshua was shaking his head in disbelief when he heard the instructions. But he knew following them meant victory. When we follow God’s commands, we share the success with Him.

“Now the gates of Jericho were securely barred because of the Israelites. No one went out and no one came in. Then the Lord said to Joshua, ‘See, I have delivered Jericho into your hands, along with its king and its fighting men. March around the city once with all the armed men. Do this for six days. Have seven priests carry trumpets of rams’ horns in front of the ark. On the seventh day, march around the city seven times, with the priests blowing the trumpets. When you hear them sound a long blast on the trumpets, have the whole army give a loud shout; then the wall of the city will collapse and the army will go up, everyone straight in.’” (Joshua 6:1-5 NIV)

God was explicit in the Ten Commandments. He is just as specific about how we enter the New Jerusalem that Christ will usher into the earth. After all, God created the earth. He still owns it and expects us to care for it. Why would He not be specific about what He intends in the future? 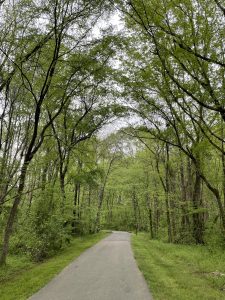 Right now, as I walk, I am focused on the profusion of new green leaves on the trees and the plants in the woods. It’s almost as if the creative energy of God is pouring out all over again. The wildflowers are abundant this time of year, each one specifically designed to live in a particular soil, use the spring sunshine pouring through the trees, and bloom for their specified lifespan. Every time I encounter a new wildflower, I marvel at its structure. Often the leaves appear first, making me wait for the flower stalk to appear. Last week I found a lovely little yellow lily off the beaten path. It had just unfolded its green leaves and was dangling below the stem. I’d seen many of its cousins along the trail, but none had blooms yet. So I wait for the profusion to come. 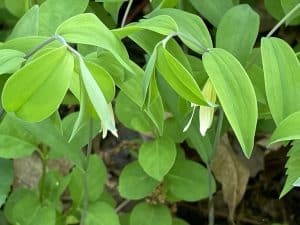 We know that just as the Lord built our bodies using DNA, he did the same for plants. It determines their color, shape, reproductive means, bloom, and life span. Humanity is capable of reasoning, which puts us above the animal and plant world. We are told to steward the earth, keeping it healthy and productive. Clearly, we have not followed those instructions precisely the way God intends. Thus, like every command we are given, there are consequences when we don’t obey. We need to be grateful that we serve a God who closely guards His creation. He is available to help us fix our mistakes when we ask forgiveness and request wisdom for the solutions.

“The earth is the LORD’s, and everything in it, the world, and all who live in it; for he founded it on the seas and established it on the waters.”