The next time you are out for a walk or a hike, pick a spot and listen for the many different sounds you can hear. You may hear soft sounds, like a leaf landing on the ground, the leaves of a tree rustling as a squirrel jumps from one tree to another, a dragonfly whizzes by or a bee scrabbles around in a flower.

One of the reasons I walk in the early morning is to absorb the peace that permeates the woods. This morning, there were two young ladies talking a mile a minute about 20 yards behind me. As I turned off onto a side path, I listened to see if their voices faded. When they did, I knew that they were not going to follow me. This made me think about how God not only gave us sound, but also the ability to determine from where it is coming. Sometimes the wind or humidity make this a challenge as I have found out with bird calls. But our capacity to hear is an amazing miracle.

In the garden, God gave Adam and Eve the ability to hear as well as speak with the Lord. We don’t know what language they spoke, but we do know they conversed. Our human language is different from the language of the birds. Yet we learn to recognize both songs and calls of individual birds even if we don’t know what they are saying. Often, I’ll hear two Carolina wrens having a heated conversation. Or a group of chickadees will be trying to outtalk each other in a neighboring tree. Clearly the owls and hawks use their speech to make broad statements. And because they are predators, the other birds must have some recognition of their calls. That made me wonder if one species of bird such as the wren understands the chickadee’s conversation. In every environment, sea, sky or land, there are audible conversations happening every day in which we can’t participate.  We can only guess at their meaning. I often wonder if God talks with them also. 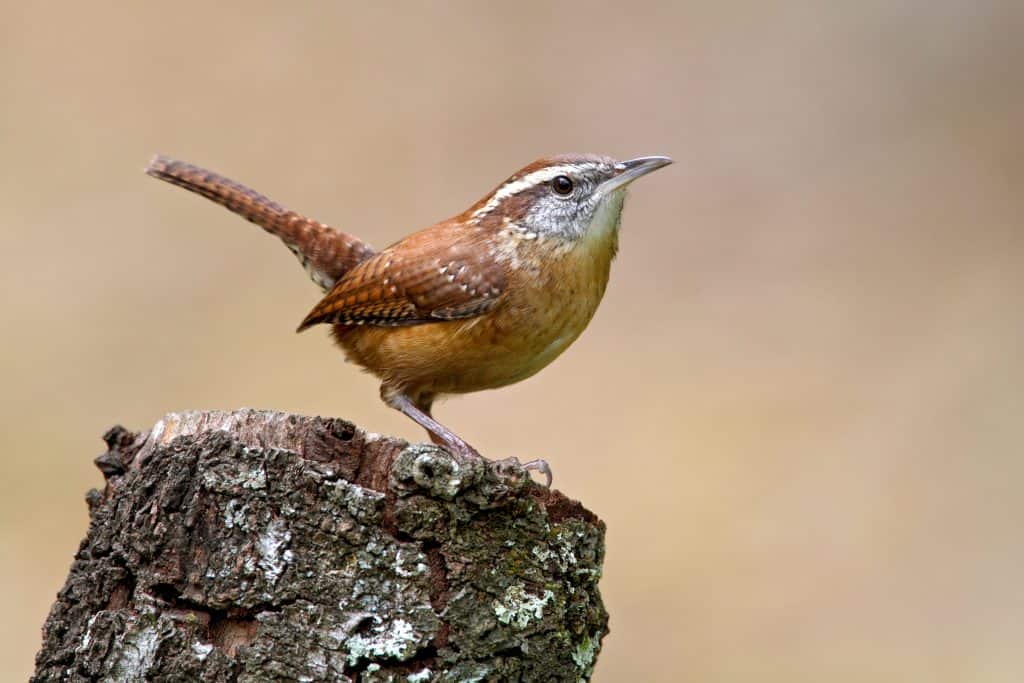 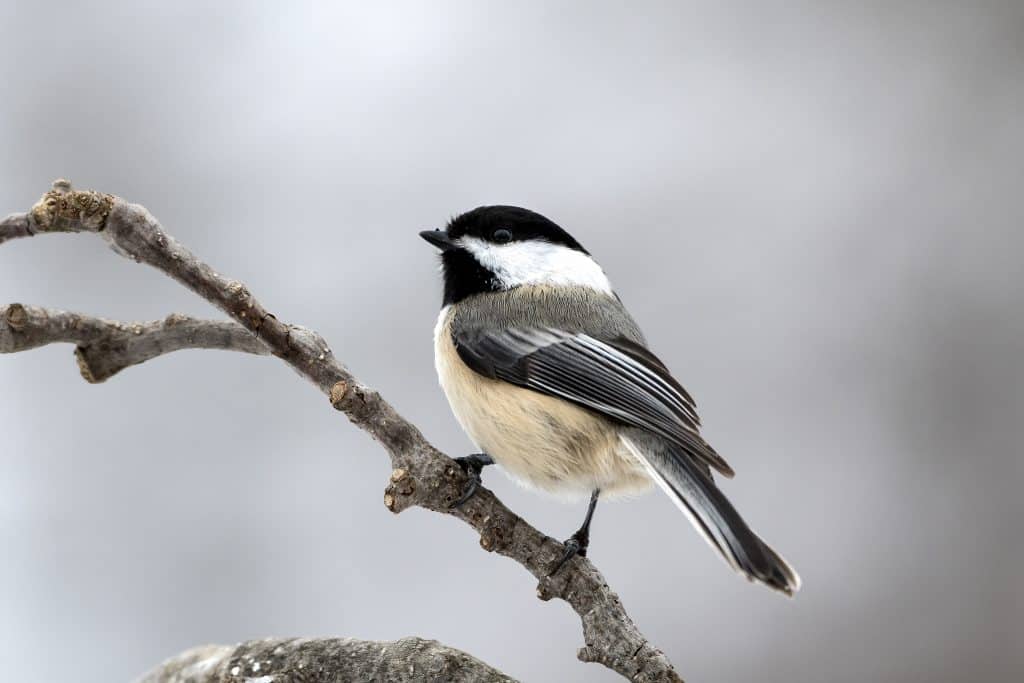 After contemplating this, I came upon a doe and her fawn in the woods. Studying the mom, I noticed how large her ears were relative to the size of her head, and how often she flicked them around searching for sound. Clearly her ears are critical to survival. 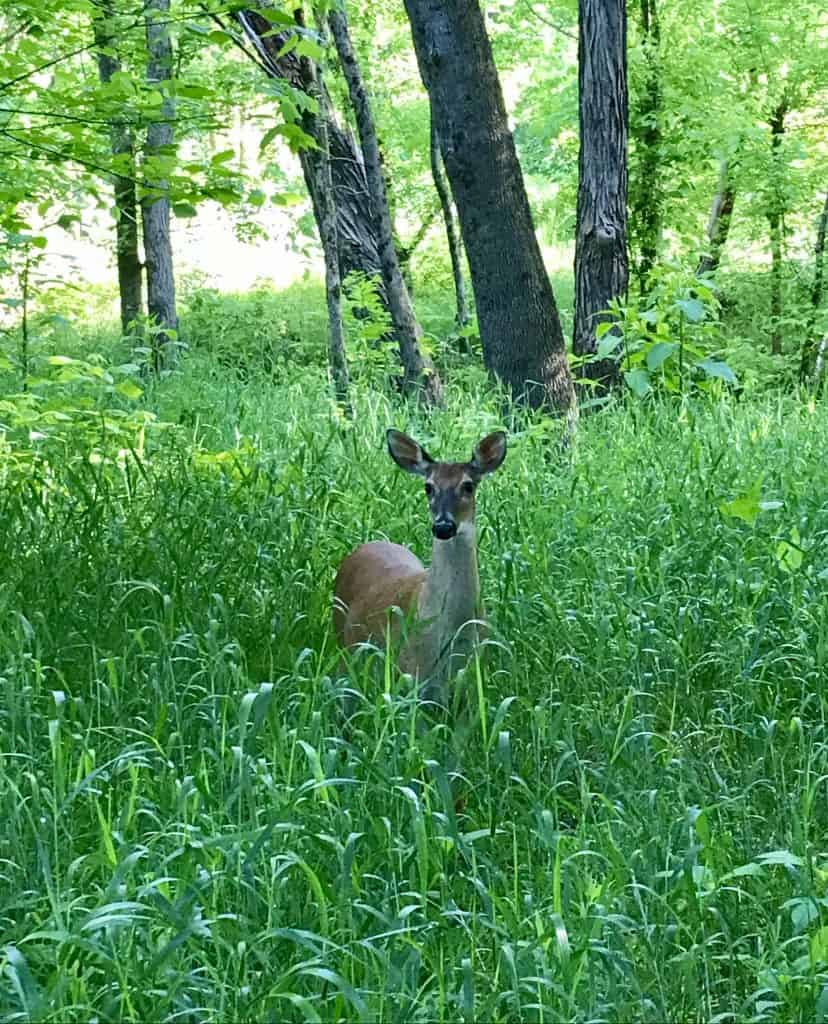 It struck me how differently ears are arranged on different animals. Humans have ears on the side of their head, but the deer, like many mammals, including my pup, have ears that are more on the top and side of their head. Think about the placement of ears on a fish or whale, or bird. Each of these animals has the capacity to hear, whether underwater, in the sky or on the land. We also know they hear us. The peepers in the marsh clearly know I’m approaching even before I am opposite their wet haunts. Many of the birds become silent until I’ve passed by. All except my favorite bird, the wren, who is never silent, regardless of where I am.

On one of my morning walks last July, I took a short path that leads down to the creek. It’s often a place that my pup likes to explore. But this morning she would have nothing to do with it. I walked down where I could sit and watch the water as it’s very peaceful this far up the creek.  Suddenly, I noticed something moving below the surface of the water. The creek had been very still and slow because of the drought. I thought perhaps the beavers had wandered up into this part of the creek. But to my delight it was a pair of otters! They were playing in the creek, diving, swimming, and surfacing, making high-pitched, chipping and squeaking noises.

One otter would climb onto a fallen log that was stretched out across the creek, and the other would chase him. They would both dive into the water and then climb back up onto the log to repeat the game. It was clear they enjoyed playing with each other. One finally slipped into the water and disappeared up the creek and out of sight. The other stayed and played for a good ten minutes. 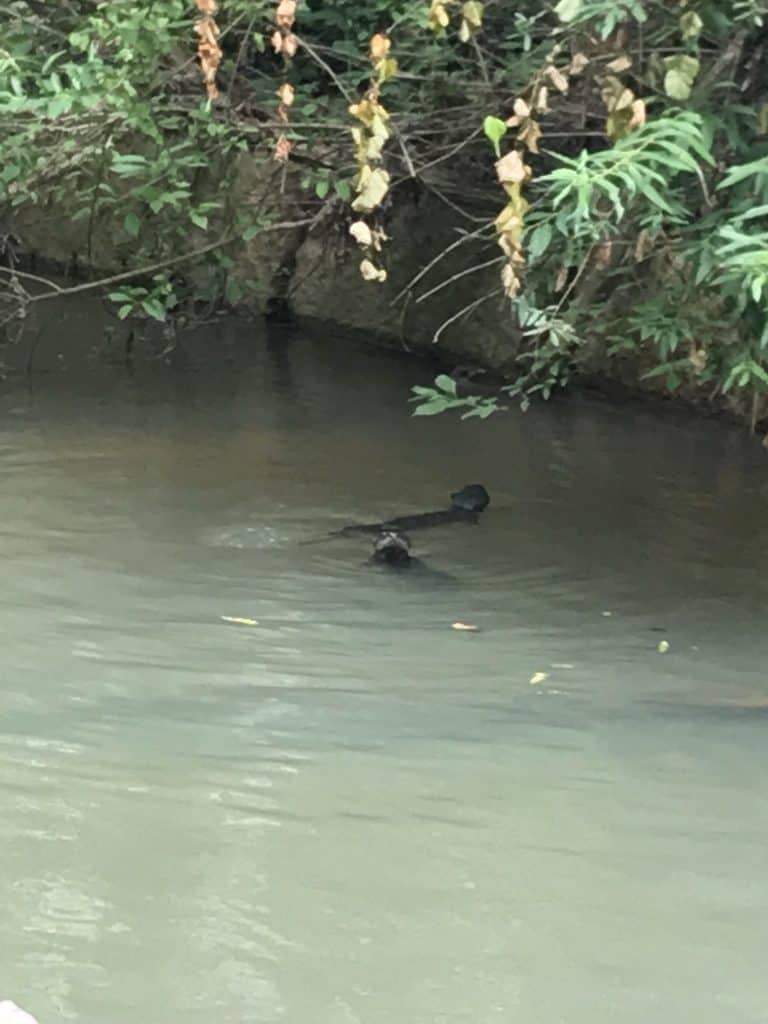 I found it interesting that they didn’t seem to mind the audience. Otters are usually reclusive, and I’m sure they could smell our presence. That made me wonder if they were juveniles in addition to the fact that they seemed small for river otters. Finally, tired of playing alone, the last one jumped off the log and disappeared under water. He must have followed his sibling as I didn’t see him anymore. But I could hear them both making high-pitched sounds farther up the creek. I have often wondered where they made their new home.

Follow this link to see the video of the otters

I know the Lord must have sent me to this part of the woodland path as I hadn’t walked there in weeks. He is always ready to delight me in new ways.

“We can make our plans, but the LORD determines our steps.”