As fall takes its place among the seasons of our year, the landscape colors are changing, the air is crisper, and cooler mornings bring heavy dew on the remaining wildflowers and leaves. This morning as I walked, I was contemplating my own thoughts about fall. In New England where I am originally from, fall is a magnificent glory of red, yellow and orange displayed against a brilliant blue sky. Here in the south, the colors tend to be more muted unless there are maples to be found. But the views over the mountain ranges are still breathtaking.

I know for many people fall is their favorite season. The heat of the summer has fled and cooler crisper air reigns. There are apple harvests, hot cider, pumpkins and Thanksgiving. But if I am honest, the moment I see the brown seed pods appearing where there were golden blossoms and purple asters, when the lush green grasses in the woodlands begin to turn russet and brown, I feel a tug on my heart for the luminescent colors and sunshine of summer.

Perhaps this is because in the north, the onset of fall is always tinged with the specter of winter. Long, dark, cold and snowy days are something to be endured. Yes, it is nice to sit with a hot cup of tea and watch the snow fall and the birds flock around the feeder. It’s a great time to take stock of one’s life and do some of the indoor projects that were left behind in favor of being outdoors. But what I really want to do is plan my garden for next year! I’m already identifying where I can squeeze in another perennial and what kind of new seeds I’ll try.

These thoughts made me reflect upon the human tendency to romanticize the past and thus inadvertently affect the present. Recall how the Israelites fared in captivity. Under Moses, they longed for the security of their former life. Even though they were captives, all they remembered was the certainty of food and water. When they were dragged off to Babylon, they longed for their homeland even though they were instructed to build homes, marry and settle down. As a nation, we have been held captive for the past eight months. Like the Israelites, we long to be back in a place of freedom and abundance. Instead of looking for what the captivity can teach us about the Lord, we long for our previous life. So what does God’s creation say about this human tendency?

Nature never looks back. It always moves forward, on time, in repetition of seasons. Each season builds upon the last. Each is integral to His plan for renewal. Imagine what would happen if the leaves did not fall off the trees. Where would the new leaves grow? If every flower bloomed all season, would we not long for something new? Perhaps our insatiable desire for something new is why God created the seasons?

One of the things I love about living in the south is having flowers in my garden all winter. My camelias bloom October through December, and my pansies bloom during the cold winter days, happily unfurling their bright colorful faces despite frosty mornings 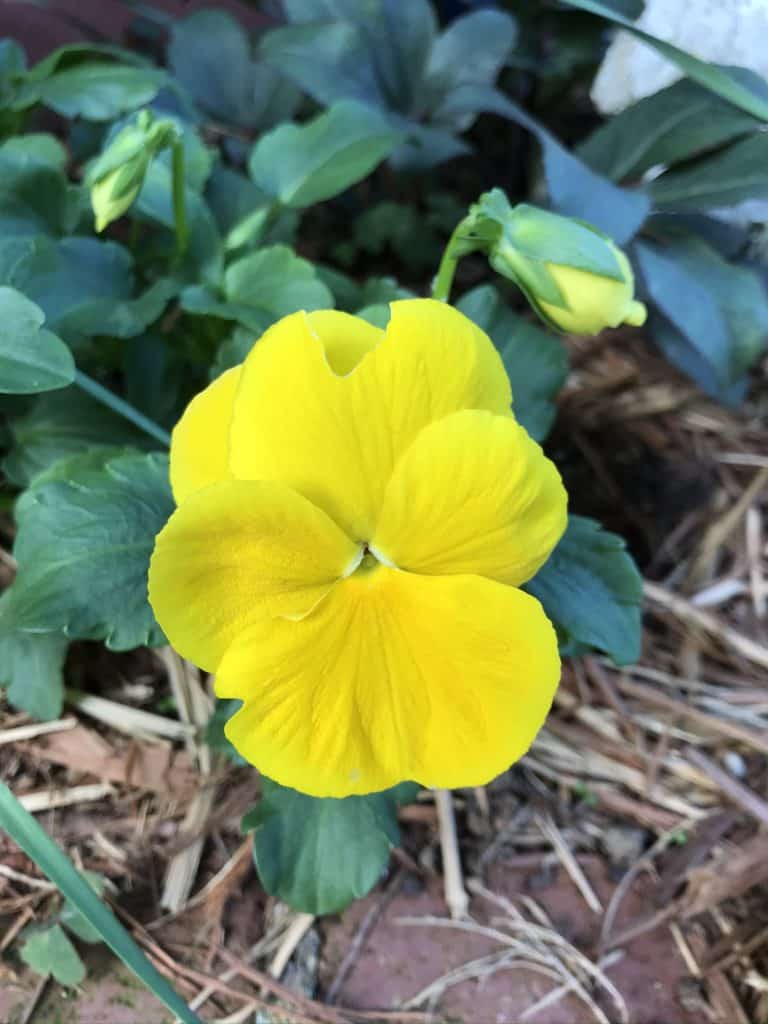 Fall reveals other discoveries. The architecture of trees is silhouetted against the sky. Lichen and fungi appear more often with the wet weather and the uncovering of logs hidden by summer grasses. The lichen colors appear more striking against the grays and browns of the ground and tree bark. Suddenly the birds are visible again, many of them commuting to their winter homes. Identification becomes much easier by sight as opposed to just song. Sunlight, although perhaps not as strong, can be seen streaming into the forest as the leaves disappear. The light makes the forest seem more open, as indeed it is without the leaf canopy. 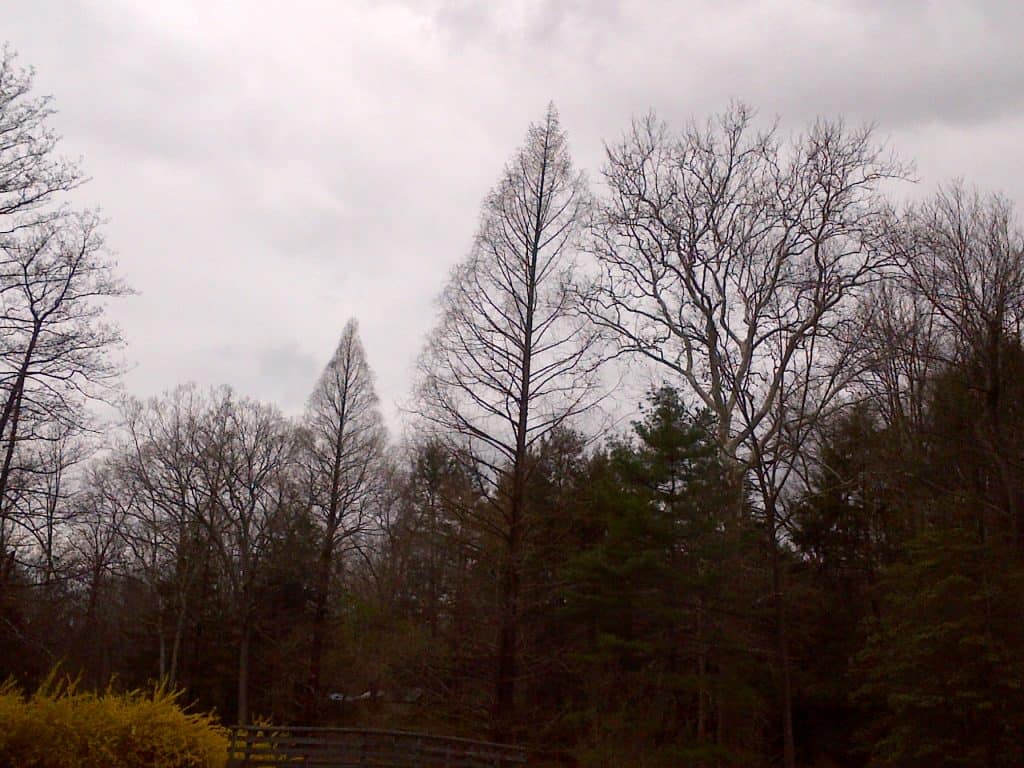 During the fall and winter there are always changes happening in the landscape. Just because the landscape has dulled down, doesn’t mean walking becomes dull. There is a fresh discovery waiting on the path, whether it is the appearance of a white squirrel, a fawn playing with its mom, a migratory bird, or merely the sun shining brightly on the white and beige patterning of the sycamore tree that has reached two hundred feet into the sky. And beneath the gray and brown, new life awaits in the silent earth. The seed pods on the asters and wild sunflowers that lined my walkway are waiting to become new blooms in the spring. Each day becomes a testimony about God’s provision to offer us something new. Like the manna in the wilderness, we need only take our portion for today. Tomorrow He will provide another. So when I feel like I don’t want fall to be here, I try to remember that every day is new with the Lord. Each day has its gifts. And I remind myself not to look back, but to look forward to something new.

“Forget the former things; do not dwell on the past. See, I am doing a new thing! Now it springs up; do you not perceive it? I am making a way in the wilderness and streams in the wasteland.”