Several years ago, my pastor did a great series called, “Tough Questions of the Christian Faith.” He talked about the story of Goldilocks and the three bears reminding us how one bed was too big, one bed was too small, and one bed was “just right.” He spoke about how the universe was created so that the distance between the sun and the earth is “just right.” Any more distance and we would freeze. Any closer and we’d burn up. He gave several more examples of how the earth and its environs is balanced to sustain life. Any more oxygen or carbon dioxide in the atmosphere and we couldn’t breathe, animals wouldn’t survive, and plants would die. You get the idea.

So the other morning as I was walking along, I was pondering how many examples in nature fit this description. I came across one of the giant spiderwebs that so often are highlighted by the morning sunlight. Today’s creation was a good five feet in its anchoring threads and about two feet wide in diameter for its circular web. Busy spider. It struck me that the spider has to create web fibers that emanate from his body just right, but not get stuck in it himself! He needs to craft the anchoring web just right or the entire web will collapse. When I look at these webs, particularly the dense disc ones, I am amazed at how the spider gets it right every time. 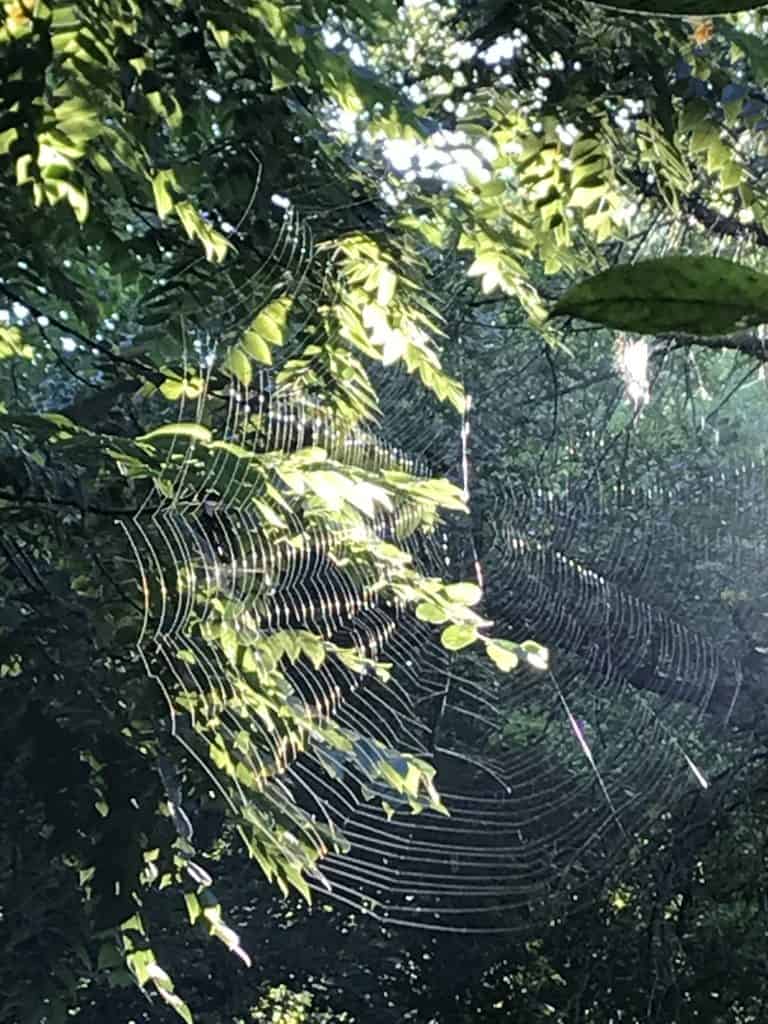 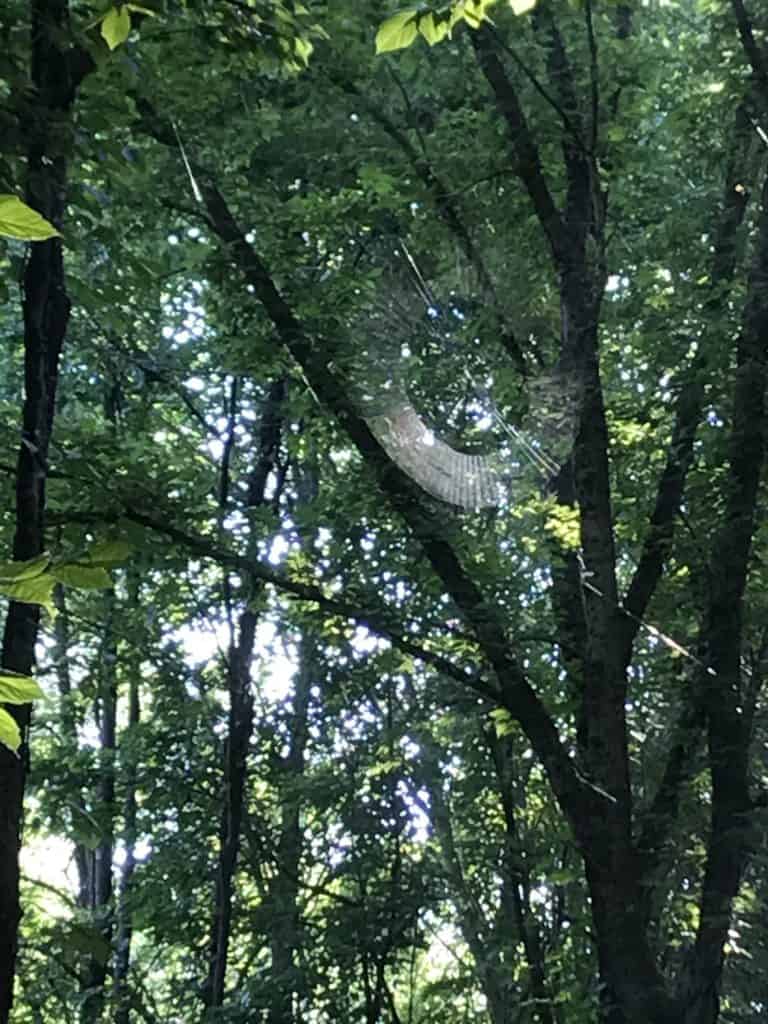 Along the pathway, brilliant red cardinal flowers are blooming. Last year we were fortunate to see one. This year the climate and ground conditions are just right, and they are springing up all over in the wetland areas. With all the rain we had in the spring, there are wildflower species appearing that I’ve never seen before. In the woods last week, the abundance of fungi was directly related to the right amount of rain and moisture to grow new mushrooms. In the spring, I saw millions of cottonwood seeds on the ground. It would seem an overabundance of seeds for the number of trees that need replacing. But this generous seeding is in God’s eyes, just right. He is the one who sets the number of seeds that will fall, just like he sets the number of hairs on our head. His generous supply is in fact “just right.” 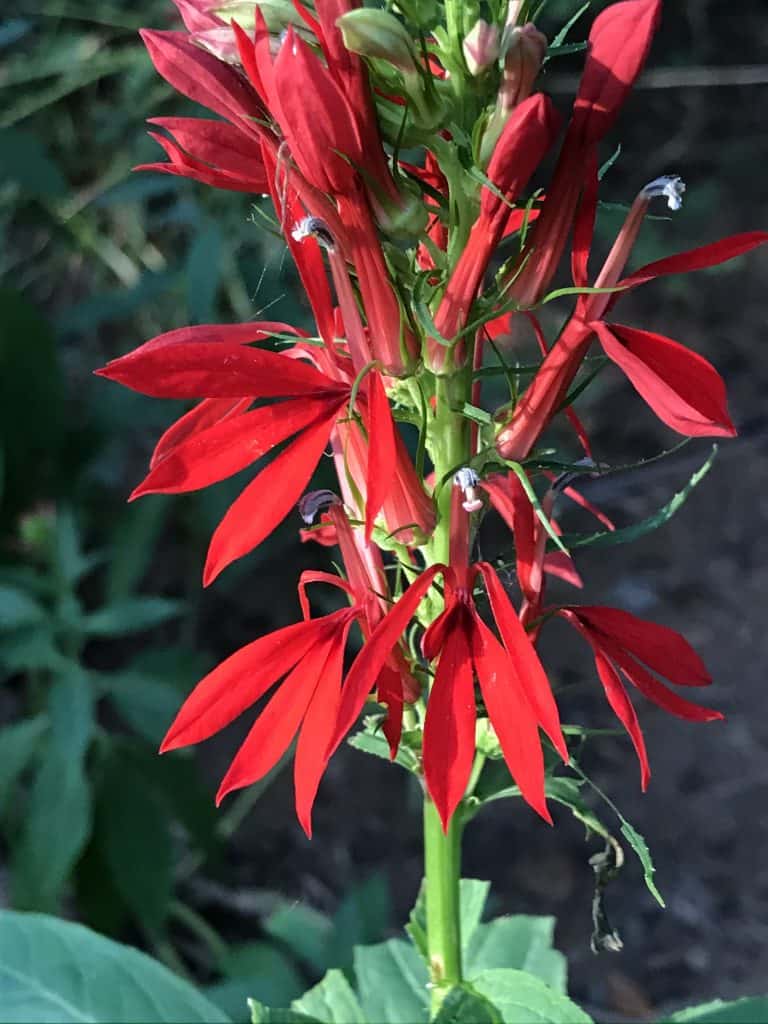 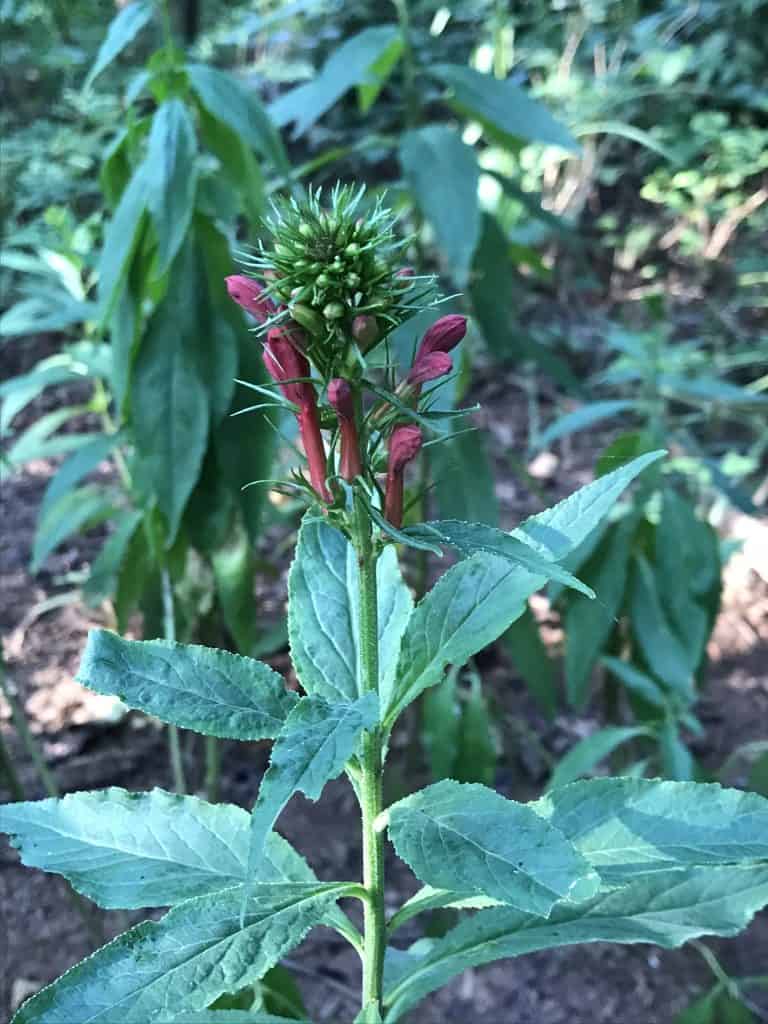 I used to go to the Sonoran Desert to ride horseback in April. If the spring rains came in February and March, the desert was a riot of color. The wildflowers and cactus would burst their seams coming into bloom. If the rains were scarce, fewer seeds sprouted, but these were just enough to keep the species alive.

The birds that sing to me as I walk have wings that are made up of bones that are hollow so they can fly. Think about how long it took man to get it just right to launch 747’s into the sky. And if you ever watch hummingbirds, you have to wonder how they can fly up and down and even backwards at such breathtaking speeds. I read about how their muscle structure, which is different than other birds, supports this amazing mobility. North American hummingbirds average about 53 wing beats per second. Yes, per second! The fastest hummingbird, the Amethyst Wood-star, does 80 beats per second. But even understanding the anatomy of their musculature, do we really know how they do it? I think not. Likewise, we don’t really know how birds and butterflies are able to fly and navigate thousands of miles in migration. There is so much we don’t know. So much that the Lord created “just right” for that species. 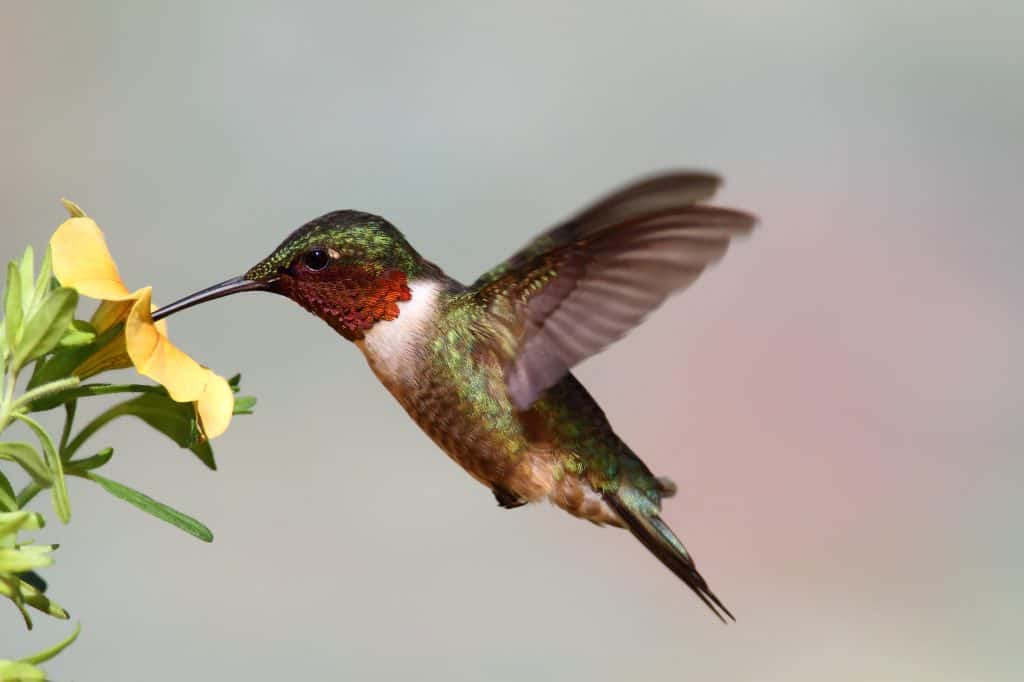 In the Garden of Eden, God provided what Adam and Eve needed not only to survive, but also to thrive. The balance was perfect. The balance was upset by the entrance of sin and death. But God didn’t let that stop Him from giving us a world that is still just right for habitation.  He even made sure that there were enough animals in the ark for this new world.

Human beings, however, have a way of trying to test the bounds of just right. And it’s usually for selfish reasons or because sin has overtaken and misshapen what is just right. The next time you are out walking, notice all the things around you that are just right. Every season is balanced to bring about exactly what is needed in its perfect time. Perhaps this is why God declared His work “good” upon finishing up each day. Such an amazing God we serve.

“For since the creation of the world God’s invisible qualities–his eternal power and divine nature–have been clearly seen, being understood from what has been made, so that people are without excuse.”