I sat at the base of the waterfall mesmerized. I didn’t want to move or leave. I looked at the top of the waterfall and picked out a splash of water that became airborne and watched it fall to the pool below. I did this over and over again. It was hypnotizing. I focused on the water that was along the edge of the falls. Each of the splashes broke apart as it fell through the air becoming tiny airborne drops. Then I counted to see how long it took for a “piece” of water to go from the top edge of the waterfall to the rocks below where it became spray or was enveloped in the rest of the crashing water before moving on down the river. It took between two and three seconds for the water to fall the seventy-five to one-hundred-foot plunge onto the rocks below. 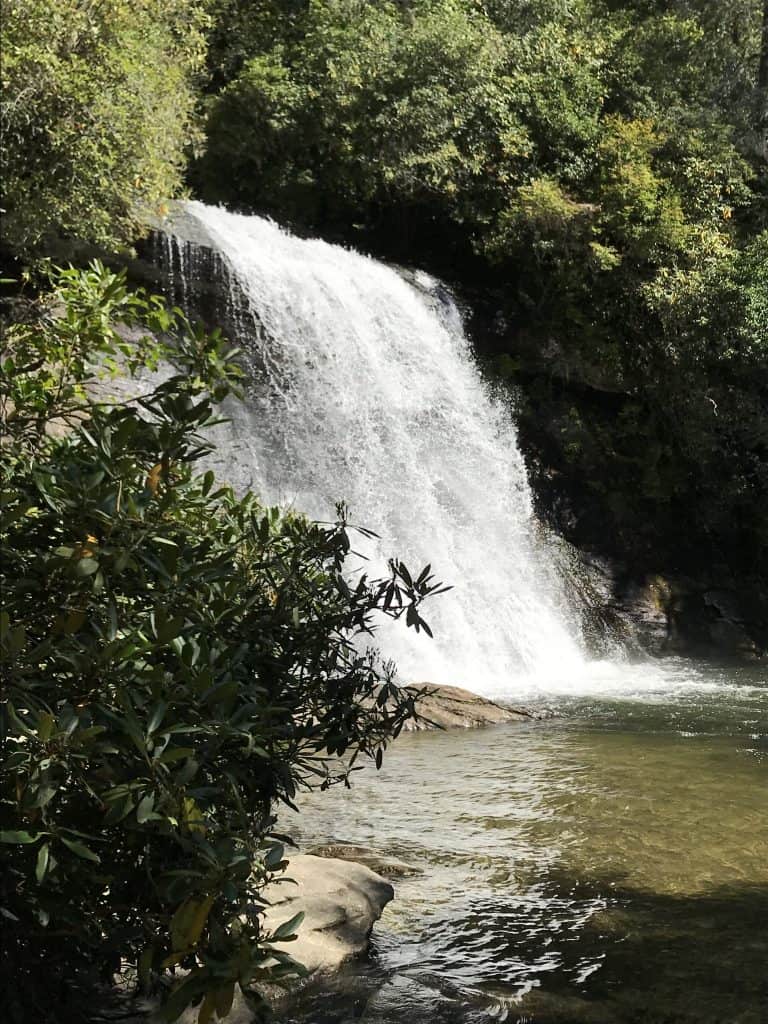 The rock on which I was sitting was hard. The sun was warm. The breeze had a little nip to it, and still I stayed watching the waterfall. People came and went behind me. People walked out into the pool of water and stood on a rock almost at the very base of the falls. Where in the world does all that water come from? It is a massive amount of water flowing endlessly over the top of the falls. Never ending. Kind of like God’s love. And his patience and mercy. Unending toward us. Powerful enough to change our hearts of stone to hearts that look toward Him in expectation and faithful trust.

Part of being so mesmerized is the sound of the waterfall. You can hear it the minute you step onto the trail. At first it is just a dull roar muffled by its passing through the woodlands. But the closer you get to the actual falls, the more it becomes a deep roar unlike anything else, except maybe powerful waves crashing on the beach. But with the beach there is a lull. Not so with a waterfall. The sound surrounds you, envelopes you, and holds you like a tractor beam. The closer you get to your destination, the sound and the imagined scene before you pull you down treacherous trails and over rocky outcroppings and exposed tree roots to see the waterfall. It is irresistible once you hear it. Your destination is clear.

Once at the base of the waterfall I never want to leave. It’s the same with every waterfall. The sheer display of power touches something in me that recognizes a source way beyond my own. It is so loud you must shout to be heard. Few are talking. It appears almost reckless in its expression as the water is hurled over the precipice and crashes on the rocks below offering up a soft mist in contrast to the harsh reality. Yet it is not reckless at all. The power is controlled by the width of the precipice and the stream above and below. It even creates a delicate rainbow from the mist when the sun is shining at the right angle. Such a contrast. 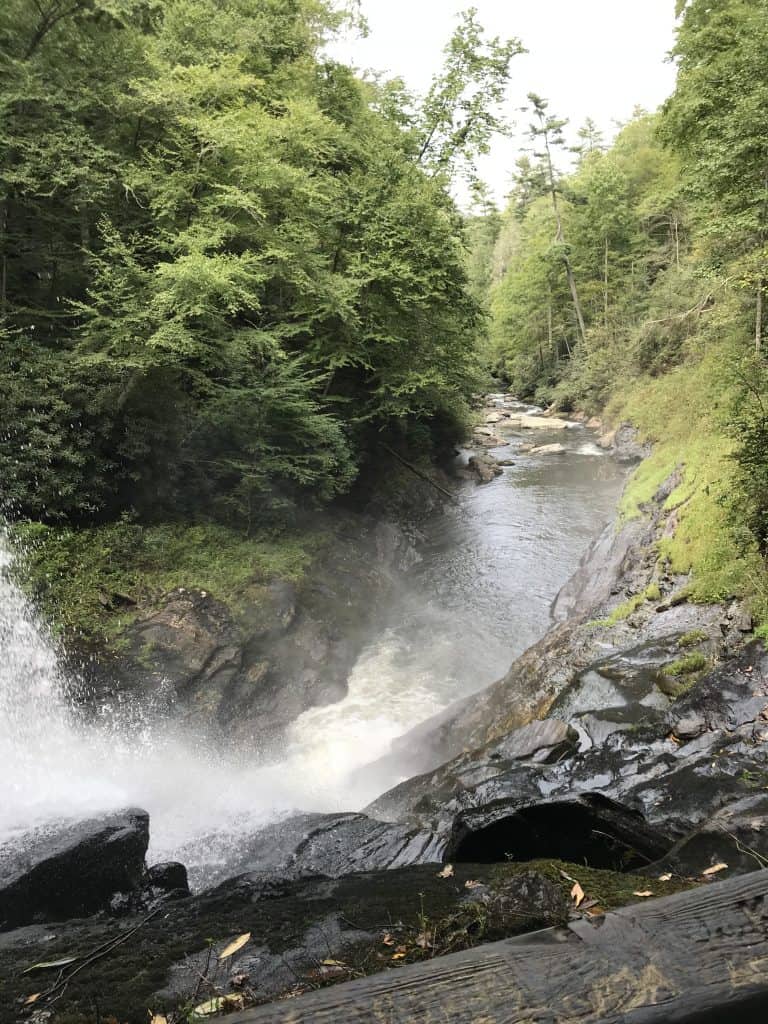 All this made me wonder about the physics involved in this falling water. How many pounds of force is exerted on the rock base? Where there is a pool of water below, how deep into the pool does the falling water penetrate? I’d love to be under water and watch what is happening.

All of this made me think about God having a choice. Every stream is different. Some have no rocks, others are strewn with huge boulders and rapids. He could have decided that there would be no waterfalls. But He didn’t. Something of His character is displayed in this creative effort. He made these beautiful waterfalls for us to enjoy. We hike down endless gorges and long trails just to see the beauty and power of a waterfall. Why? Take a moment to think about that. For me, it’s because I sense His deep presence there. I sense His love of creating beauty and I feel the majesty of his overwhelming power. There are things He created that cannot be mastered or moved. Just like Him. There is something deep inside of me that responds to the deep calling in His waterfalls. And I think he knew that when He placed them in our woods. His majesty and power are real. I’ve spoken about this when I described the immutability of the mountains or the power displayed in the northern lights.

We know that the deep things of God remain for the most part unknown until eternity reveals them. Our human brains cannot contain or even touch the mind of God. We would be wise to heed the voice of this impressive presence. I have a feeling that if God were to speak to me in His real voice, it would be as loud as a waterfall, and I would faint dead away. Perhaps I should not complain that He so often chooses a still soft voice.

“Deep calls to deep in the roar of your waterfalls;”
Psalm 42:7a