Curiosity killed the cat…but satisfaction brought him back.

What is curiosity? In the natural world, it’s deepening your understanding of what is around you by asking questions about something with which you are unfamiliar. Children have it in abundance because everything is new to them. We lose it over time as adults. But if you can see your surroundings with the same child-like curiosity, you will be transported into new worlds.

Last week we explored the word wonder. Curiosity is its companion. When we “wonder” about something, we’re curious. When we see something awe inspiring such as a magnificent sunset or sunrise, a scene of snow-capped mountains or an underwater view of the Great Barrier Reef, wonder comes easily. We may find ourselves speechless, tearing up, or just wanting to sit down and absorb the grandeur and beauty on display. But there are wondrous things all around us that are not grand in scale. They are grand in their own unique way. Curiosity unlocks that wonder.

The next time you are out for a walk, especially after a rainstorm, look for fungi. Why fungi? There are over 144,000 species. Included in that number are mushrooms and bracket fungi with which you may be familiar. Did you know that they are not plants? They are in their own kingdom, just like animals and plants. Their cousins, the lichens, are a symbiotic combination of fungi and algae or cyanobacteria. Some lichens serve as food for reindeer. There are four different types of lichen: crustose, foliose and fruticose and squamulose. Look them up on the internet and see if you are not fascinated by their color and variety.

Over the past year and a half in my woodland travels, I have found an amazing appreciation for these forest inhabitants. I have spent hours fascinated by the variety of their locations, forms, colors, response to moisture, ability to lie dormant then spring to life, and their ability to reproduce. Had I not been asking the Lord for something to photograph in the winter, I might have never discovered the world of fungi.

And if I hadn’t started posting fungi on Instagram, I never would have found this one site with some of the most beautiful and exotic photos of fungi I’ve ever seen. They are as colorful as flowers. Some even glow in the dark. They come in all sizes and shapes. If you go to planet_fungi on Instagram, you will be treated to quite a treasure trove by Stephen Axford and Catherine Marciniak. They photograph all over the world, but I especially like their work from Australia and India.

It was fungi that started me thinking about curiosity. A dead tree that had snapped off long ago was standing along the woodland path. I’m fond of this tree, the hackberry, because of its raised layered bark. 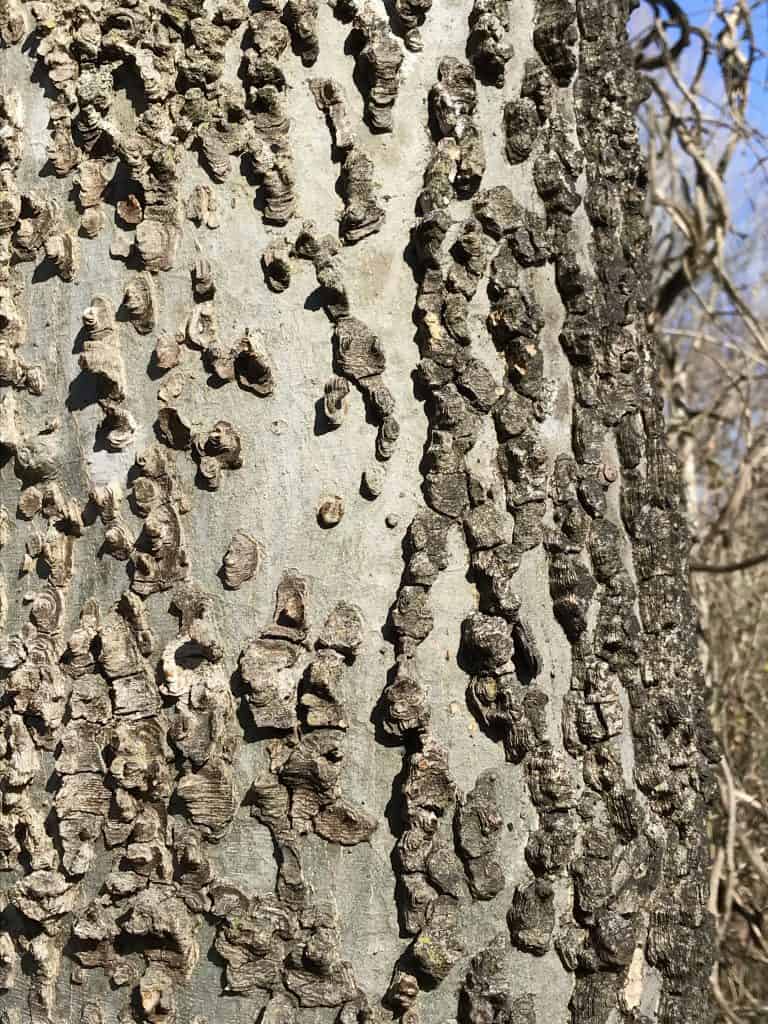 This week, out of the blue, the bark was littered with brown wood ears, a form of jelly fungi. They have been given this name because they look like ears sticking out of the side of a tree in all shapes and sizes. But you must arrive at just the right moment, or you’ll miss them. In two days, they’re gone.

I became curious about how they reproduce as I’d never seen them before on this tree. Their sudden appearance made me wonder about how the spores got there. They don’t have gills underneath to hide their spores. The wood ear is actually the fruiting body of the fungus. It’s mycelium, a network of fungal cells, lives in the rotting wood. When the fungus is ready to reproduce it creates the ears and blasts out the spores. The Chinese use wood ears in hot and sour soup, and they are thought to have cardiovascular benefits.

I investigated how they reproduce and found that they can shed hundreds of thousands of spores in an hour! Quite a feat for a something that looks like a brown ear. The spores are projected outward and fall where they may. Since they are microscopic, you can’t even spot them in the air. So then, how did they get on that one tree? There were probably twenty of thirty ears the morning I found them. Where are the spores now? There appears to be something that looks like sawdust on the bark. It’s possible that these are spore clusters. How long before the right conditions occur, and they blossom into wood ears? I suppose a flicker or woodpecker working the bark could pick some up and carry them off to another tree, just like bees carry pollen between flowers.  If the wind was blowing who knows where they might land in the forest. How long does it take to grow one ear? See how easy curiosity is? 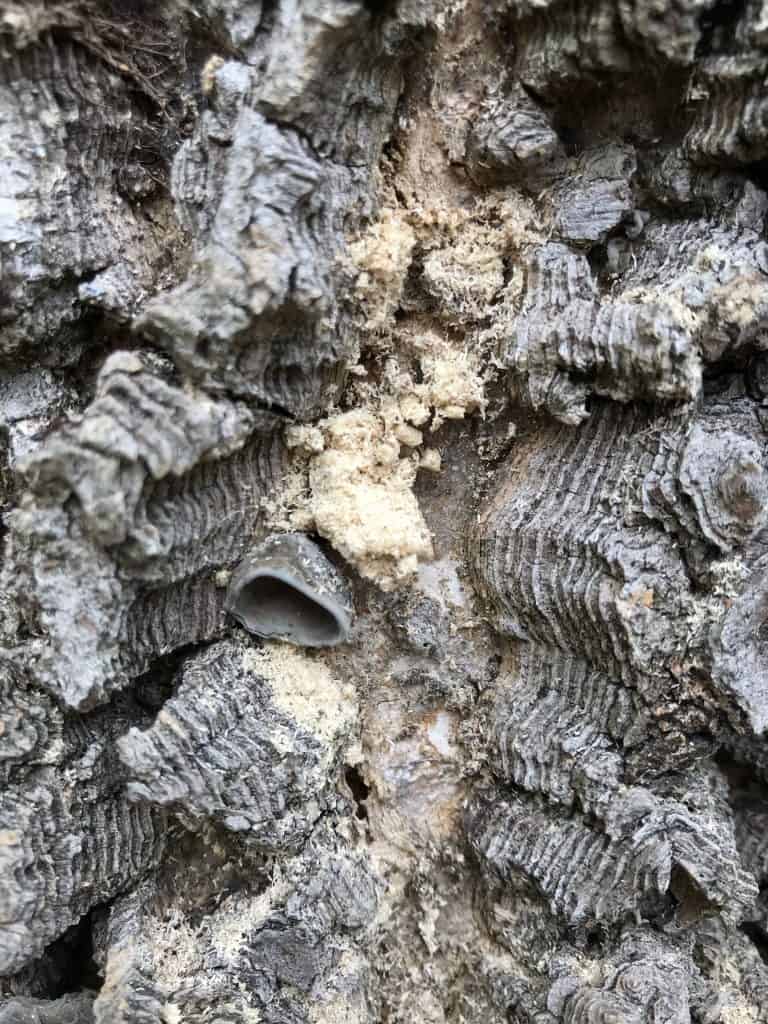 I’ve often said that one venture off the pathway into the woods can lead to another. Give your curiosity and imagination free reign in the natural world and it will yield amazing fruit. I do think that the Lord made the world so we would experience awe and wonder. And as a result, we can also cultivate our innate sense of curiosity. If you think you don’t have much curiosity, it may just have fallen asleep or been squashed in your childhood. It’s never too late. Just start asking questions about what you see before you. Ask the Lord to build curiosity in you for His created realm. It’s an abundant gift He’s waiting to bestow upon you.

“Every good and perfect gift is from above, coming down from the Father of the heavenly lights, who does not change like shifting shadows.”